← more from
Seeing Red Records
Get fresh music recommendations delivered to your inbox every Friday.

Body Void - I Live Inside a Burning House 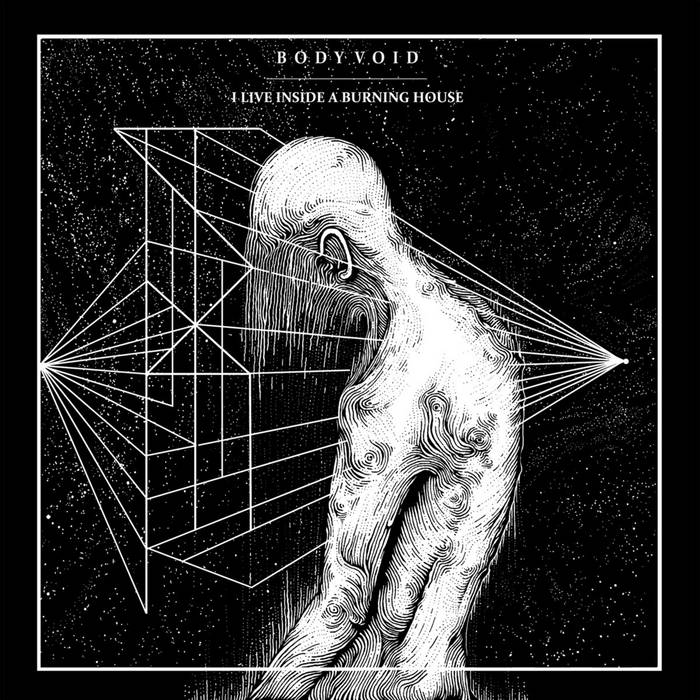 tobias_rieper Never a dull moment heavy sludge. Plenty of variation. Tired-of-living vocals that would sound a bit ridiculous in other music but fit nicely here. Rumbling bass sound. There's a lot to like!

AbsoluteHatred This is the voice of pain Favorite track: Given.

Weirded Beardo Body Void is the aural representation of how harrowing issues like mental illness can be on a day to day basis. The music is as suffocating as it can be cathartic and is definitely not recommended if you dont enjoy the sensation of absolutely pummeled. Or if you're like me and are a sucker for relentless heaviness and a caustic atmosphere, this is a must hear. Favorite track: Phantom Limb.
more...

"I know for a fact this record is going to change the game of sludge in 2018 and end up on mad end of the year lists."
- CVLT NATION
www.cvltnation.com/wretched-doom-premiering-body-voids-haunted/

"Zeroing in on topics like gender dysphoria, mental illness and trauma, I Live Inside a Burning House is an unsettling and harrowing listen that address day-to-day survival while living with these conditions. Decibel spoke with guitarist/vocalist Will Ryan and bassist Parker Ryan about Body Void’s influences and lyrics, as well as stretching the expected doom/sludge sound."
- DECIBEL MAGAZINE
www.decibelmagazine.com/2018/04/23/interview-body-void-on/

San Francisco's Body Void represents something much greater than heavy metal. The sludge-ridden crusted doom trio—in addition to crafting apocalyptically heavy music—is a loud and intellectual voice for inclusivity and awareness for the LGBTQIA+ community. For Body Void, their voice is loudest in metal music for obvious reasons. Their recent output, 2016's Ruins, and the impending I Live In A Burning House are visceral and soul-crushing edifices of doom metal. Yet, beneath the sonic waves are progressive messages through personal insight.
- METAL INJECTION
www.metalinjection.net/av/song-premiere/body-void-given

"The colliding perspective lines and veiled dissolute countenance of the figure depicted on the cover art for eclectic San Francisco, California sludge metal band Body Void‘s second album speak to existential frustration, dysphoria, and defiance expressed within. The dual originating points form disagreeing sects that form pointless, unnatural visions when they connect in front of the subject. Sludge metal album covers rarely convey theme and listening experience so well. Brutalized by self, misunderstood by a fearsome society and numbed over as a result ‘I Live Inside A Burning House’ is the inconsolable cathartic deluge of those tortured by the greater idiocy of their environment. It is exactly as raw, honest and ugly as sludge metal intends to be."
- Grizzly Butts
grizzlybutts.com/2018/05/25/body-void-i-live-inside-a-burning-house-2018-review/

"I Live Inside A Burning House is a work of art that I would almost call Lovecraftian. While walking a very thin rope that separates art from pure untainted madness. It’s so unbelievably heavy that the band name itself should create another synonym for ‘being so heavy that an average vocabulary isn’t able to describe the void inside‘."
8.5 / 10
- It Djents
www.itdjents.com/reviews-2/review-body-void-i-live-inside-a-burning-house/

"I Live Inside A Burning House is frightening and caustic, from the cinematic opener ‘Haunted’ to the cacophonous nightmare of ‘Phantom Limb’ and the tortuous drone of ‘Given’. Lyrically, I Live Inside A Burning House seeks to explore queer identity, mental illness, and how those factors impact the push-pull relationship between material and immaterial existence."
- Echoes And Dust
www.echoesanddust.com/2018/05/excluisve-album-stream-body-void-i-live-inside-a-burning-house/

"Some music should hurt. Such is the vase with the sludge/doom/crust of Body Void; the trio’s music is of such monstrous density and power that it can almost be physically painful to listen to. And yet, as off-putting as that may make it seem, there is something deeply rewarding and cathartic to be found within their cataclysmic, all-encompassing soundscapes. There is no easy route to finding such succor though, and I Live Inside A Burning House is an album that will challenge you; but the more you put in to the album, the more you get out of it."
- The Sound Not the Word
thesoundnottheword.com/2018/04/03/review-body-void-i-live-inside-a-burning-house/


"Body Void’s I Live in a Burning House is five tracks of deep, booming and uncomfortable metal. The feeling of oppression heightened by the Intro/A Burning House, this is an album that leaves you feeling cold, lost and alone.

A mesmerising experience, each track is a devastating trip into darkness with demoralising riffs, screeching vocals and a blurring rhythm.

There is no happiness here, only the heaviest of sludge metal and it is great. The methodical way that Body Void deliver the likes of Trauma Creature and Phantom Limb is staggering."
- Games, Brrraaains & A Head-Banging Life​
gbhbl.com/album-review-body-void-i-live-inside-a-burning-house-seeing-red-records-crown-throne-dry-cough/

Coming off of their debut release "Ruins" in 2016, Body Void returned to Earhammer Studios, once again under the watchful ear of Greg Wilkinson and submitted to tape an hour of painful sludge and wretched doom to welcome the year of 2018.

Continuing in the same style as fellow Doom peers. PRIMITIVE MAN and Keeper, as well as genre-defining bands like Khanate, while grounded in the same harsh sludge sonic pallet as “Ruins”, on “I Live Inside A Burning House” the band sought to create a much darker, heavier, and more substantial release, expanding on their sound in almost all aspects. From the genre-bending cinematic opener “Haunted” to the cacophonous nightmare of “Phantom Limb” to the tortuous drone of “Given.” Lyrically ILIABH seeks to explore queer identity, mental illness, and how they impact the push-pull relationship between material and immaterial existence.

The record was mastered by longtime ally Brad Boatright at AUDIOSIEGE with artwork again handled by Muhamad Ikbalarinfin Suradi.

"I Live Inside a Burning House" will be released on vinyl once again by Crown and Throne Ltd & Dry Cough Records. As of now all formats have a tentative date of release of May 11, 2018.

Bonobo stops by to talk about his new record Fragments